Shortly following the 2021 National Solar Car Challenge, our team began looking into the many areas where our solar car had lacked during the race. One major point that we had struggled with was our data and telemetry system. On the first day of the race, the data and telemetry system that was installed on the car began to malfunction and all of our remote data access came to a stop. The team immediately came together and decided that the driver would have to verbally communicate data from the car. The problem with this solution was that the driver only had visual access to a couple of data points such as voltage, rather than the over 30 types that the telemetry system tracks. This meant that the strategy team had to make very precise decisions with very little information. The other issue that plagued the team in Texas was the accuracy of our sensors. Readings that were made from these sensors, located in our high voltage box, were very inaccurate and misleading. As a team, we decided that it was imperative these issues were to be fixed for the upcoming 2022 Solar Car Challenge.

Fast forward to the present, our team has developed a new data acquisition system that relies on a local database. This system now allows local access to  a multitude of data points from the car. Alongside this new data system, the team has designed and manufactured a brand new high voltage box. With these two major components fresh out of production, we packed up our gear and left for some testing.

Since this year’s race is going to take place on public roads, the team needed to see how the car would perform on one. Some members of the team took to charting a route that would not only test the cars ability to climb up hills, but also test its new and improved high voltage box and data acquisition system.

On January 29th, the team set on an 8-mile journey from the Raisbeck Aviation High School to and from the Highline Schools administration building. On the road, the team was able to successfully connect with the solar cars telemetry system as well as get accurate and detailed information about the movement of the car. As for the drive itself, the team was able to safely guide the solar car through the planned course and even through a little rush hour traffic. 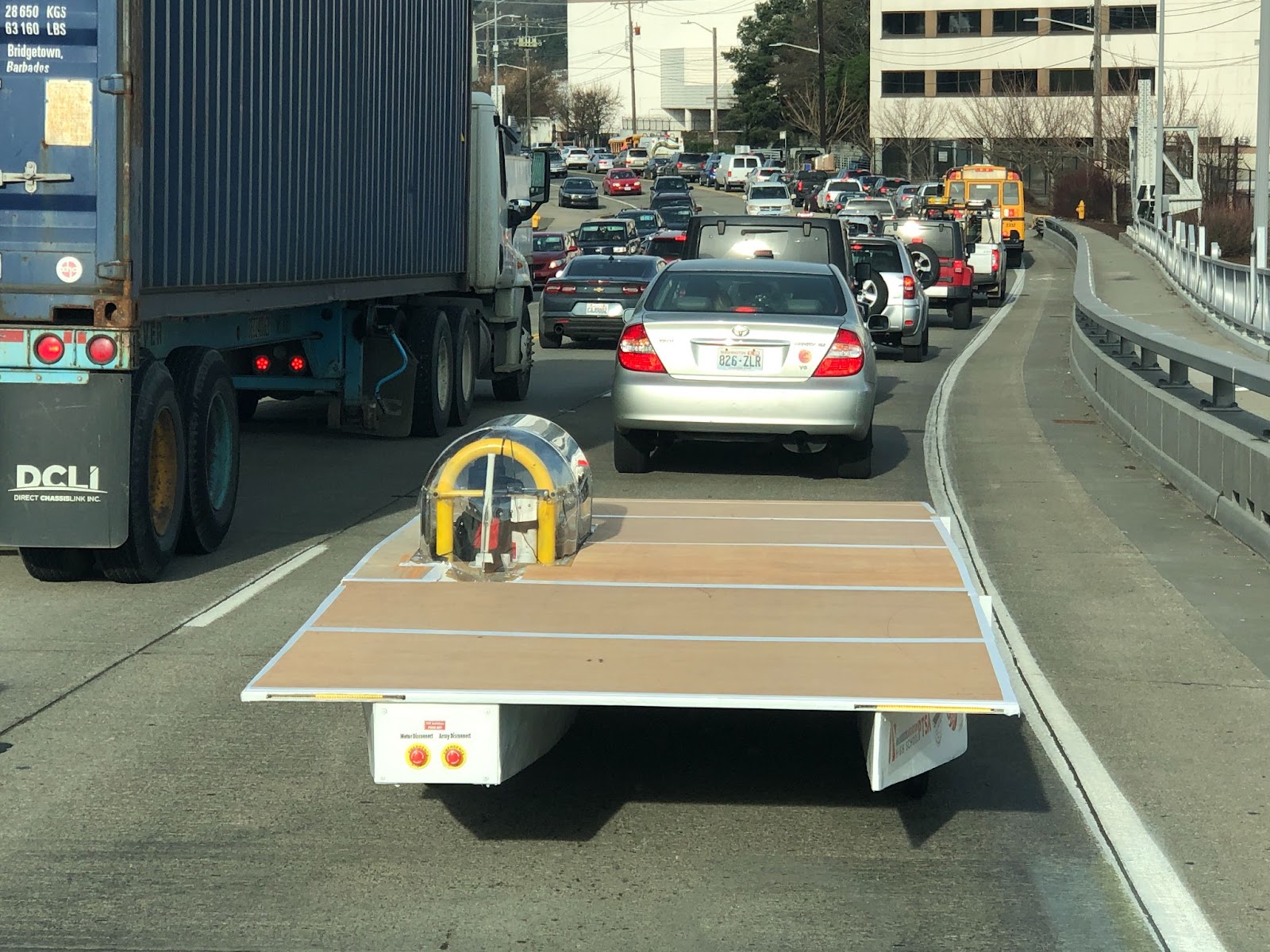 Overall, the testing session proved that progress had been made on the Solar Car, and as a team, we were progressing towards a successful 2021-22 season. We are making extreme headway regarding our data acquisition systems, but there still remains a lot more work to do.

This year is shaping up to be an extremely exciting year!